The castle stands on a hill of 477 meters, dominating the Valdambra; in the Middle Ages  it was an important transit between the Valdarno and the Florentine Valley. It originated in the Etruscan-Roman period and then developed at the time of the Lombards, perhaps to exercise control functions on the streets below the point of lookout in Valdarno. The actual walled suburb around the feudal castle of the XII century.
The castle was built in 1167 by the count Brandaglia Alberigo of Uguccione.
The village of Cennina is surrounded by the remains of an imposing walls, and is one of the main examples of fortification in Valdambra, furthermore, most of the houses built in the past centuries, in Cennina, have been constructed using the stones of the castle. 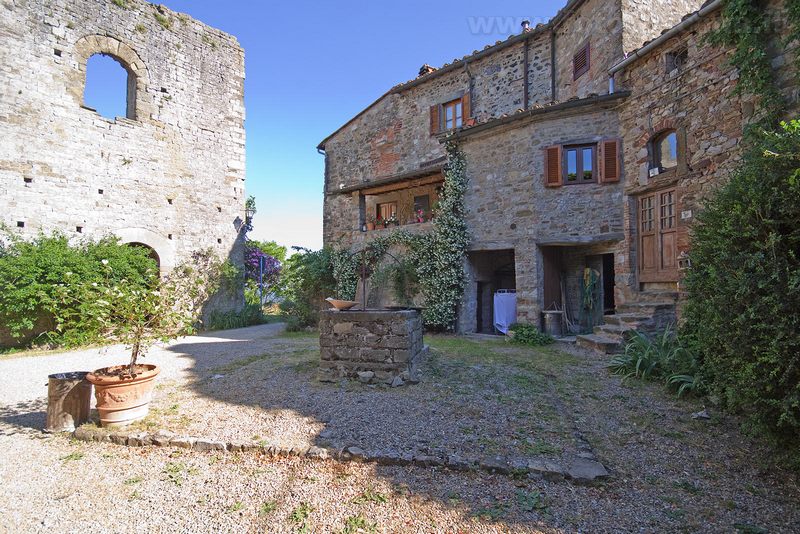