The Abbey of San Cassiano at Montescalari or Badia Montescalari lies on the Chianti mountains at about 700 m. above the sea level in the village of Ponte agli Stolli in the municipality of Figline and Incisa Valdarno near the border with the town of Greve in Chianti.
It is located between the Arno Valley and the Valley of Greve, in a remote place and hardly accessible to ordinary cars.
The origins of this place are to be found in an hospice for pilgrims, that later, around the year 1040  became an abbey.
In the Abbey there are many famous paintings including: the Samaritan woman at the well and an Ecce Homo, of whom we have known the author, thanks to a discovery of documents in the State Archives of 1611; the author is the painter Nicodemo Ferrucci. 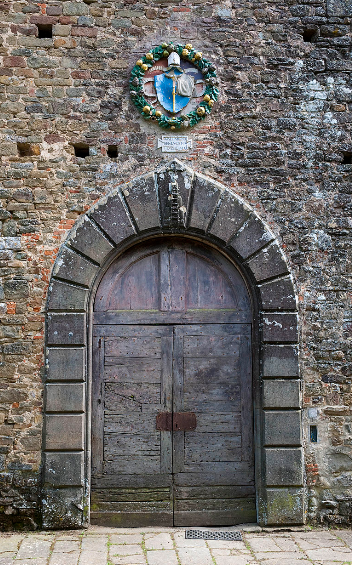