The castle of Gressa was built between the tenth century and the beginning of the eleventh, at the behest of Bishop Elemperto, head of the diocese of Arezzo from 986 to 1010. The bishop, of Germanic origin, energetic man and highly understood of his responsibilities, He was one of the most important prelates in the centuries around the year one thousand as he guided with religious passion the more than sixty plovers of the diocese bringing back to discipline clergy and faithful as well as rebuilt the cathedral of Arezzo and founded the monastery of Badia Prataglia.

Consisting of a first circle of walls with irregular polygonal plan and a second circle of walls narrower octagonal irregular shape has a central building at the highest point. The walls, made of rough sandstone and limestone, follow the pattern of the relief, sometimes reaching 5 m in height and keep in the outer curtain a beautiful portal. In the central part there is a robust quadrangular tower developed on three floors, which served both for stately residence, and for military use. Between the two orders of walls there are some houses, two plastered cisterns for the collection of water, the Church of San Jacopo and the old building used as an episcopal residence. Inside is the Cassero, in the center of which rises the tower which is accessed by a small door placed at half height 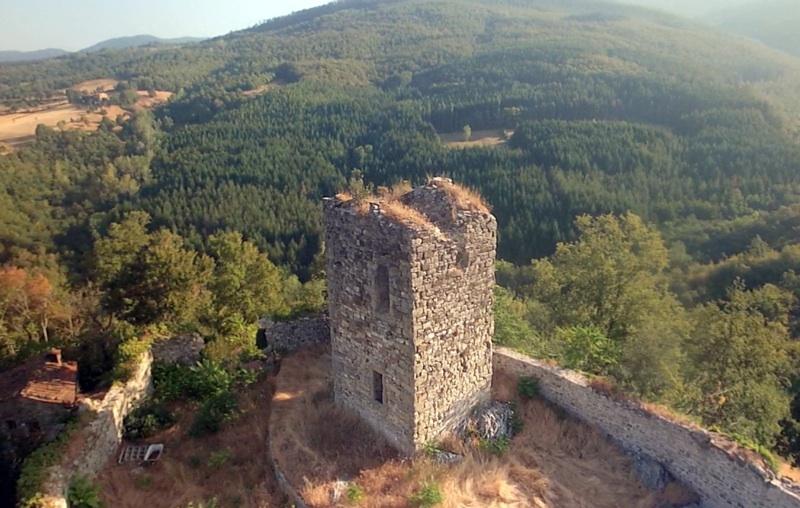