The Church, Documented since 1021, but perhaps of early Christian origin, has undergone over time many interventions, even radical( the restoration in Romanesque style of the XI-XII century) who changed the orientation until its complete rebuilding in 1928. Scarce are the traces of the Romanesque period, limited to a part of the wall facing the right side of the Terminal and in the sacristy which corresponded to the ancient right nave.
The nave, completely decorated in neo-Gothic style, is covered by wooden trusses; the high altar preserves a seventeenth-century painting depicting the Madonna in glory with Saints, attributed to Francesco Curradi. 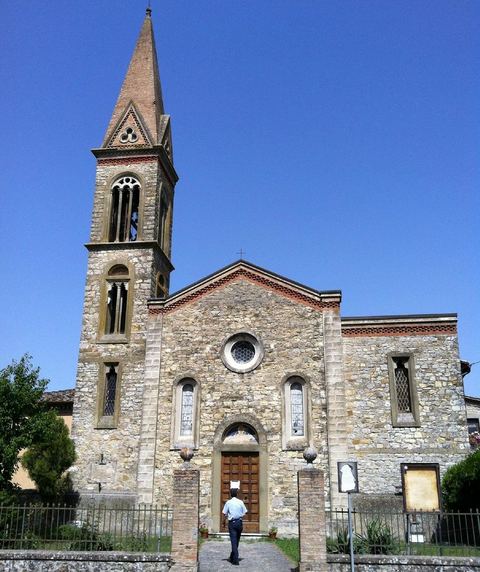