The Church of San Giustino (Ar) is not visible from the Setteponti road, it is infact hidden from homes,so you need to make a slight detour as indicated by the cartel. 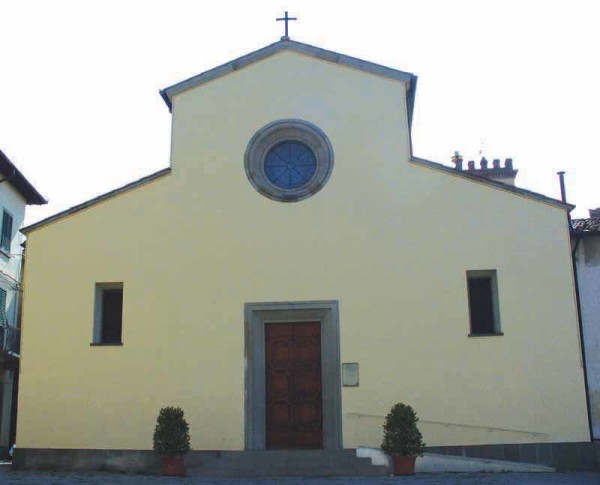 Its appearance does not remember certain typical Romanesque churches in stone which has remained only in the left side and the in back of the apse ; the various changes undergone, influenced by different styles over the years, have altered the facade.
Passing through the front door you immediately notice unexpected elegance with three aisles, columns, pilasters and capitals in sandstone reminiscent of the interior of the beautiful Pieve of Cascia in Reggello (Fi), albeit with smaller dimensions. 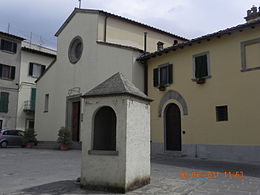